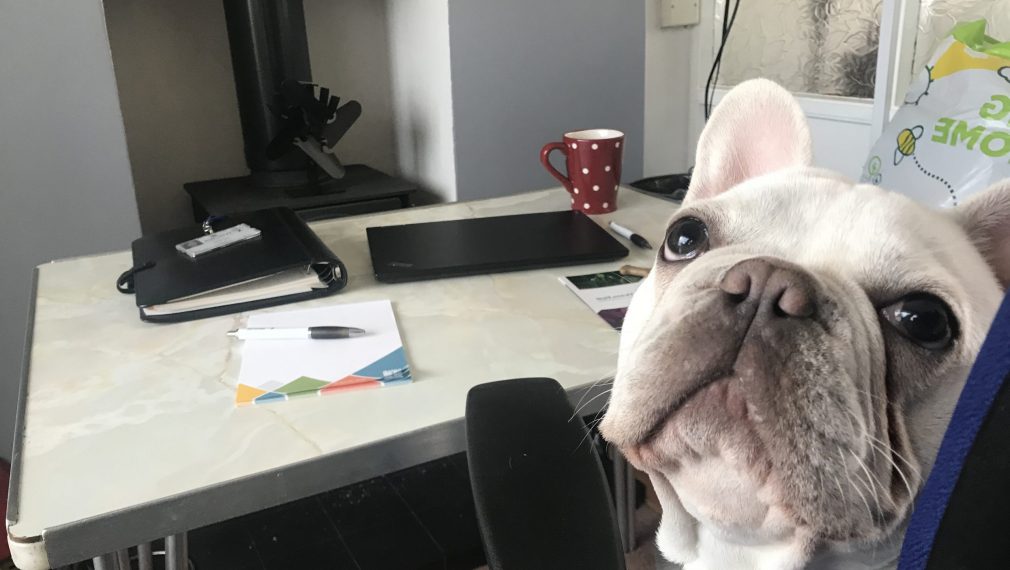 Starting a new job during COVID-19

Paige joined Victim First in March 2020. This blog talks about her experience of starting a new job with Victim First, during Covid-19.

Starting a new job can be daunting and strange at the best of times, but 2 weeks ago I began a new role in the midst of self-isolating. The morning nerves took hold and the only thing that could distract me was watching other people enjoy their one permitted form of exercise of the day from out the living room window. After about an hour of seeing the same woman walk past my window about 8 times, it was time to get ready and take off that same jumper I had been wearing for over a week.

My first day began by being welcomed by officers with an enthusiastic hello (from 2 metres apart) and a subtle hint of being told to use hand sanitiser. Then, I was greeted with a nod from the Deputy Head of Service and shown to where the office was and how I will be working until this lockdown ends. After an hour of having IT Issues and being told how to use a new system from a distance, I had been introduced to my (hopefully) trusty colleague, my laptop.

After getting home safely and putting back on that said ‘jumper’, it was time to see whether I had actually understood how to use my laptop and log on. Now, imagine you walked into the office for the first time and all of your colleagues came up to you and introduced themselves to you. Well this is what happened. Instead of greeting me in person, all of my colleagues messaged me using on our online messaging system and welcomed me warmly to the team and offered their support if ever I needed it. I also had a call from my Team Leader who introduced themselves and went through my programme of training whilst apologising that this is not usually the way they train new staff members but is the most that they can do given COVID-19. Despite my nerves and the current situation, my first day went amazingly and I definitely ended my day with a positive outlook of my future with Victim First.

For the past two weeks I have had non-stop training both internally and externally from my colleagues at Victim First but also from Leicestershire Police and Turning Point. Each session has been interesting an interactive, something you probably would not expect me to say about training delivered over Skype. However, imagine being introduced to a fictional service user called Draco Malfoy whose voicemail went to ‘wizarding voicemail’, you’ll soon realise that virtual training can be made fun.

I also managed to shadow my colleagues through screen share which almost made it feel as though I was shadowing them in the office and not from my make-shift desk at home. One thing I have really enjoyed is being trained by my colleagues in their particular experienced and lead areas. This gave me the opportunity to get to know them but also learn so much from their experiences with working for Victim First.

Hopefully it is not too long until we’re out of isolation but in the meantime stay safe.